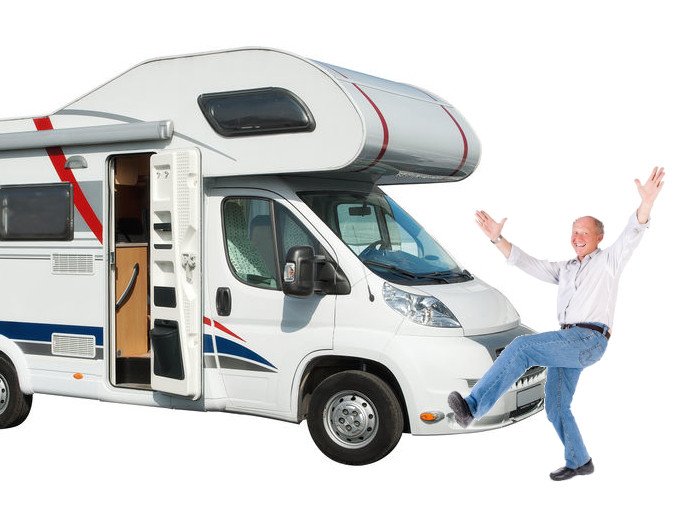 Got a Good RV Joke?

RV jokes are fun to share around a campfire or during a long stretch of driving. Do you have a good RV joke at the ready to share with friends and family? Well, here’s a few to add to your list. And if you have some good ones we’ve missed, add them to the comments. We’ll share your joke on our Facebook page (as long as it’s family-friendly) and give you credit.

Photo by It’s me, Marrie from Pexels

A man who had recently arrived at an RV campground noticed a dog resting beside an RVer who was relaxing in a lawn chair.

“Excuse me, sir, does your dog bite?” the newly arrived camper asked. The RVer looked up over his newspaper and replied, “Nope.”

So the camper approached the dog, but it began snarling and growling viciously. He quickly backed away then yelled angrily, “You said your dog didn’t bite!”

The RVer muttered, “That ain’t my dog.”

Here’s an RV joke for those loving RV couples.

A couple celebrating their fiftieth wedding anniversary with an RV vacation were sitting on the sofa in their Airstream motorhome.

The wife said, “Dear, do you remember how you used to sit close to me?” The husband moved close to her.

“Dear,” she continued, “do you remember how you used to hold me tight?” He reached over and held her tight.

“And,” she went on, “do you remember how you used to hug me and kiss me and nibble on my ear?” With that, her husband got up and started to walk toward the rear of the motorhome.

“Where are you going?” she asked. “Well,” answered her husband, “I have to get my teeth.”

This RV joke may not be so funny if you’ve ever had to shell out for emergency assistance while you’re on the road.

A motorhome got hopelessly bogged down in a muddy hole along a dirt road. After a few minutes, a passing farmer drove by on his tractor and offered to pull him out for only $100. After the motorhome was back on dry ground, the RVer said to the farmer, “You must be making a pretty penny pulling vehicles out of this mud night and day!”

“Well,” replied the farmer, “I only pull folks out during the day. At night I have to haul water to fill up the hole.”

(To avoid unexpected expenses like this, consider adding Roadside Assistance to your RV Insurance Policy. Our experts would be happy to provide a no-obligation quotation that includes this valuable coverage.) 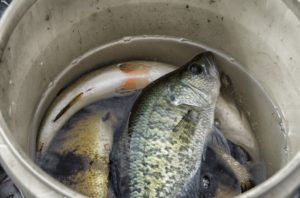 Image courtesy of debspoons at FreeDigitalPhotos.net

Here’s an RV joke about folks who like to bend the campground rules.

After an afternoon at the lake near his RV campsite, Stanley was returning to his motorhome with a bucket full of freshly caught, still-alive fish. That’s when he was stopped by a game warden who asked to see his fishing license.

“These are my pet fish,” Stanley told him.

“Yes, sir. Every night, I take these fish down to the lake to let them swim around for a while. Then I whistle for them and they jump right back into my bucket and I take them back to the motorhome.”

“That’s a bunch of baloney,” the game warden said as he reached for his pad to write a ticket.

“Wait!” Stanley said, “Come back to the lake with me and I’ll show you how it works.”

The game warden was wary, but he agreed to follow Stanley back to the lake. That’s when Stanley tipped his bucket, pouring the fish into the water where they disappeared.

“The fish,” replied the warden.

The Big, Bad Bikers and the RV Joker 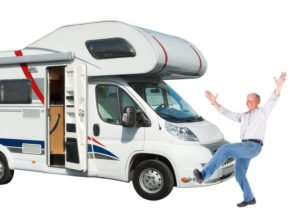 Image courtesy of photostock at FreeDigitalPhotos.net

Here’s an RV Joke about why it’s good to have a big, bad vehicle when you roam the roads.

The joke goes like this: Three of the nastiest outlaw bikers you’ve ever seen pull into a roadside cafe. They’re all riding big, shiny motorcycles, their long, wild hair and beards blowing in the wind.

There’s no one in the cafe except a man whose RV is parked in the lot and the waitress.

The first biker walks up to the man’s table. He dips a finger into the man’s coffee, stirs it a bit, puts the finger in his mouth and pronounces “This is lousy coffee”.

The next one picks up the RV owner’s soup bowl, sniffs it, spits into it and says, “This is lousy soup”.

The last one picks up the man’s hamburger, squeezes it to a pulp and announces “This is a lousy hamburger”.

The RVer quietly gets up, pays his bill and walks out.

The first biker laughs and sneers as he turns to the waitress and says “That guy ain’t much of a man, is he?”

The waitress pauses as she looks out the window, then says, “He ain’t much of a driver either … he just backed over three motorcycles on his way out of here.”

Got a Good RV Joke?

By continuing to browse this site, you agree to our use of cookies.

Join Our Community of American Adventurers

Thanks for joining our community of American Adventurers! We look forward to sharing RV Lifestyle news with you.